The organ of the Magnuskerk (Anloo, NL) was built in 1717-1719 by Johannes Radeker and Rudolph Garrels, two co-workers of Arp Schnitger. It originally had 2 manuals with 17 stops and an attached pedal. A crest board attached in front of the organ displays the crests of the wealthy families that financed the organ.

In 1944-1950 the organ was modified by Mense Ruiter. From 1990 to 2002 it was restored/reconstructed by Henk van Eeken (Herwijnen, NL). The goal was the best possible reconstruction of the original state. As 1995 a workshop fire lead to the loss of a large portion of the pipe work, the partial reconstruction of the organ became necessary. In 2002 the restored/reconstructed organ including an added four stop pedal was recommissioned. Through the restoration the original sound of the instrument could be regained to a great extent.

With regard to the quality of the restoration/reconstruction result, Henk van Eeken's cooperation with GOArt (Göteborg Organ Art Center) was of special importance. GOArt is an international research center for organ history, organ building, artistic education and performance practice of the University of Gothenburg in Sweden. Through scientific research it was possible to reconstruct historical organ building procedures and techniques.

The results of this work were applied to the restoration/reconstruction of the Anloo organ. That way it became possible for the first time to faithfully manufacture new organ pipes by reconstructing the original processes and techniques from 1717. For example, the organ metal was cast on sand and subsequently scraped down manually to the correct thickness. With a high degree of certainty the organ has also regained its original temperament and pitch from 1718 (following Arp Schnitger, St. Cosmae, Stade).

Further information about the Anloo organ and the sample set (version 2) can be found [here].

Also, we recommend Henk van Eekens's fascinating documentary 'The search for an organ sound as good as old' on YouTube (Dutch + English subtitles):

Here are a few sound demos (more will be uploaded to Contrebombarde soon): 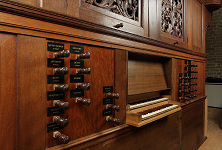 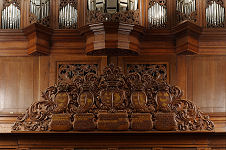 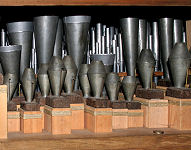 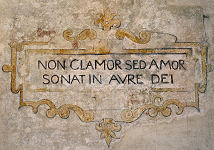 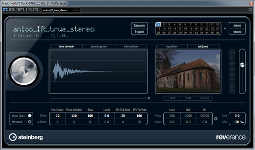 About this virtual organ

Recordings have been made using reference quality equipment.
Version 2 is reprocessed in double precision (64 bit) using our new high quality VPOLab© system based on 17 years of experience in digital signal processing algorithms research and development.

Highlights of this virtual organ 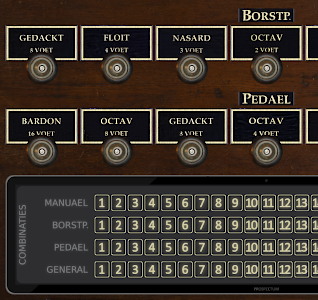